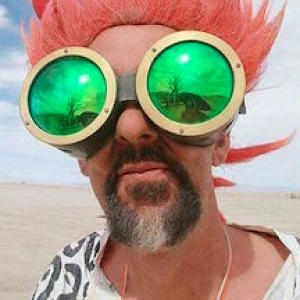 Better than my first press vinyl and my CD.

This is a great live performance with very LIVE sound that is well captured in this excellent transfer. If only all my CD collection sounded this good!

Taped in a small Dutch radio studio on 2 June 1964, there probably isn’t an album with a more poignant title than Eric Dolphy’s Last Date. At the end of “Miss Ann” we hear him say: “When you hear music, after it’s over, it’s gone in the air. You can never capture it again.” Four weeks later, on 29 June, he was dead. Last Date of course is so iconic, no need to describe it. Fortunately, someone did capture “something”! Mingus: “He had music in his mind all the time. I don’t know a time when he wasn’t playing or thinking about playing.” There is the immediate raw energy and burnished sound of Dolphy’s bass clarinet as he lunges into Monk’s Epistrophy, the virtuosic exuberance of his ecstatic flute (“Why shouldn’t I imitate birds?!”) in South East Exit, the fiercely authentic intensity of his alto in The Madrig Speaks, the Panther Walks – all familiar from earlier incarnations of these Dutch tapes on vinyl and CD. But never before have we been this close to the actual sounds of Dolphy’s genius as on this new truly superb transfer from HDTT offering us in almost eerily life-like sound “the scorching power of the man’s music and the exultant quality of his explosive solos” (Nat Hentoff). Absolutely mesmerizing! And if you don’t know it already, check out Eric Dolphy: The Last Date on YouTube.