Compared to a record, this is a little flat. It’s more like a wall of sound than a sound stage with depth The recording otherwise is very nice and detailed.

I thought I would write a comparison review again as I have this album on CD. The music and overall performance reviews are numerous and I would for the most part be repetitive with my additions. So, what are the differences and are they worth the time or money? The short answer is a definite "yes". The CD counter-intuitively seems to be compressed. Technically there is more headroom with a CD but in this case it was not well used. It may have come from an effort to reduce tape hiss. There more on the HDTT version to be sure. I can only guess what the mastering engineer was trying to do but I think most of the people on this site are looking for the most engaging recording, not always the quietest. You will get "lost in the sauce" listening and probably not notice the tape hiss except on a solo number. The CD seems to be a step behind and loses some drive to be sure. In getting rid of the hiss the music seems to have been slowed down with less freshness. The album overall is definitely worthy of a purchase or at least a wish list entry.

United States
No Question, Get This Album

This is another comparison to a CD that I have. I will not comment much about the music or musicianship on this album as that is available in many places. It is however an album that can be played many times and continuously put you in a great headspace. I purchased the DSD128 version of this album and played it through a Marantz SA-10 SACD player. The CD on it's own sounds pretty good and has been a pleasure to own and play for a long time but this download takes things quite a bit further. With the CD version the musicians are rather stuck to the right and left speakers whereas the download lets them have a little more space. So, soundstaging and clarity are improved. What is even better is the tone and timbre of the instruments. There is better clarity and resolution throughout. What a treat to hear after all these years. I may sound like a broken record (pardon the pun) in my reviews but I really feel this album is not to be missed. There is a reason this album is so well known and still in heavy demand after all these years. Go ahead and buy some smiles. 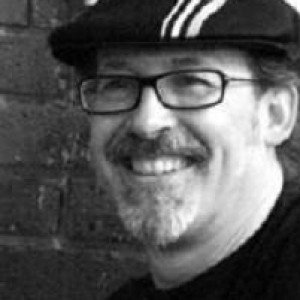 e.g Paris, France
One of the best

I think it's the best recording I have heard. The presence is wonderful. It's amazing to hear the subtleties. I'm really happy with this DSD!