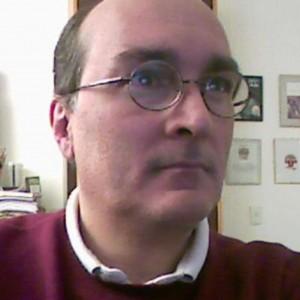 Klemperer´s interpretation of Tchaikovsky's Symphony 6 is superb with the Philharmonia in top form. However the "tuttis" in certain parts of the first movement seem to saturate the recording. This gives a burst effect which is very bad, It seems a problem with the recording itself. It is very evident at 14:12 - 14:13 in the first movement (Track 1). However HDTT should verify the mastering. For example comparing with the EMI (now Warner) 16bit-44.1Hz release of the same recording this "burst" effect is absent. It seems that their engineers corrected this "saturation" in their mixing/mastering. Except for this small problem the product is very satisfying.

OTTO KLEMPERER: FROM RUSSIA WITH LOVE

In 1935, as conductor of the Los Angeles Philharmonic, Klemperer told the Los Angeles Herald Tribune: “I give Tchaikovsky because it is good music. The bad taste is not in the music, it is in the people who interpret the music.” He had given his first Pathétique in 1926 (in Wiesbaden) after trips to Leningrad and Moscow had impressed him with the vibrant cultural and musical life there. “Tchaikovksy has been the victim of the conductor,” he concluded. This powerful EMI recording from 1961 gives us Tchaikovksy’s Pathétique above all as musical structure laid bare by Klemperer’s inability to ever turn a sentimental phrase and revealed in all its dark splendor by this truly magnificent transfer from HDTT. It also means that we are light years away from “the symphony as suicide note” (as ridiculed by Richard Taruskin, On Russian Music, p. 133 and, to great effect, pp. 76-104). Right from the start, the ear is struck by the presence and definition of the divided double basses above which an unsentimental bassoon sounds the 3-note motif that, kernel-like and wedded to Tchaikovsky’s “great melodic gift” (OK), seems to pervade the entire movement, if not the whole symphony. Such is the magic of the utter transparency and force of this performance that the ear can almost pick out every shape and combination these three notes are subjected to until the undeniable “dying of the light” in the fourth movement. At the same time, the propulsion of the “electrifying march” (OK) here derives its energy and exuberance from within the notes, defying all of the outward pomp and circumstance into which this music can easily degenerate. The forces massed together towards the end serve as the liberating foil for “that great song of lament” (OK) that now bursts forth. Klemperer’s antiphonally placed 1st and 2nd violins allow you to pick out how in the first 4 bars Tchaikovsky divides his opening melodic line between the two of them as well as between violas and celli (someone swaying his/her head in grief?). The structural unity, no less than the dark orchestral glow Klemperer projects in this final movement, reveals why this symphony could have had such impact on others. A glorious performance of this strange “darkness-to-light-to-darkness” score that benefits to stupendous effect from HDTT’s resplendent sound picture (again, the Warner Classics CD [4-04309] pales by comparison) to remind us, once and for all, what GOOD MUSIC this is! And then I haven’t even mentioned the warm sensual playing Klemperer elicits from his Philharmonia players in the Allegro con grazia!

Klemperer is not the first name one associates with the music of Thcaikovsky, but the Russian composer's final symphony takes better to the German conductors granitic, inexorable approach than one might think. I've not heard the CD, but the sound here is up to their usual standards.